Deal of the Day: 35% off Math and Science Dresses!

I Spy Something Yummy - Make a Mystery Pie for Pi Day!

The popularity of π extends beyond its many uses, numbers, and fun nickname. π has its own day! Pi Day is a celebration of π every March 14th (3/14). The first known large-scale Pi Day event was held in 1988 at the San Francisco Exploratorium and involved marching in circles and eating pie. Super Pi Day was observed on March 14, 2015 because at 3/14/15 9:26:53 the first 10 digits of pi were represented. Another such Super Pi Day will not occur again until 3015.

Eating something fun and delicious is often associated with celebrations. And eating pie on Pi Day seems especially appropriate given the many connections between the two words. But here is a new twist on the connection between these two words. The pie below turns out to be as irregular and unpredictable as the numbers that make up π.

Many of the artificial flavors in packaged foods are really combinations of ingredients with unrelated smells and tastes. During World War II, apples were in short supply and therefore very expensive. But at the time, apple pie remained the quintessential American dessert. Tasting like the real thing but costing a lot less, Mock Apple Pie became a popular substitute. See if you can fool your friends and family on Pi Day 2019 with this version of an “apple” pie. You will be surprised how similar to apple pie that this mock version tastes and smells. 1. Roll out pastry into a 9 inch pie pan. Put the cracker crumbs and ground cinnamon in the bottom of the prepared crust and set aside.

2. Heat the water, sugar, and cream of tartar to a boil over high heat. Simmer for 15 minutes. Remove the mixture from the heat and add the lemon juice and zest. Let cool.

3. Pour the cooled syrup over the cracker crumbs. Dot it with margarine or butter. Roll out the remaining pastry dough, arrange it over the pie either as a lattice, or as one piece with slits to allow steam to escape.

4. Bake (I recommend putting a cookie sheet under the pie tin to prevent spillage) at 425° F for 30 to 35 minutes or until crust is crisp and golden. This is the fourth post in our series of Pi Day activities and resources created by STEMstitute.  Make sure to check out How Pi Got Its Name, Make a Pi Necklace, and Finding Pi Around the House! 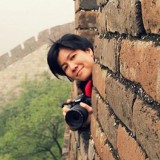